How You Could Play So? 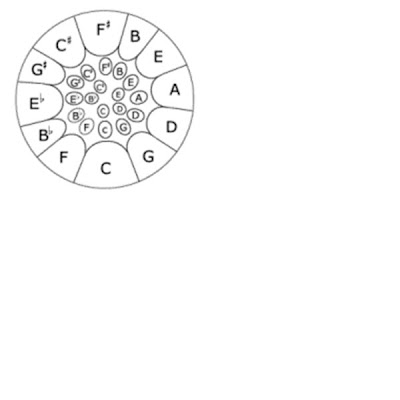 Every Carnival has it own bacchanal. For some, the bacchanal is simply a piece of music that warms the cockles of your heart, sets fire to the sole of your feet, flails your hands and signals a new direction that opens your eyes to endless possibilities. It’s all about Wicked Riddim by Gavin Christopher. The first time I heard it I was driving. It should be recorded by the police that not only is drinking while driving dangerous to health and safety, so too is driving while listening to Wicked Riddim by Gavin.

The first thing that happens to you, actually the second thing, after you have bounced to it for minutes, is that you realize there is something familiar about it but you cannot say what exactly. As you become more discerning, you realize that the music goes round and round as if it will never stop but at the same time it is not monotonous. It could have been monotonous if Gavin had not imbued it with truly wicked rhythms, a key chord progression, which we will look at, and a host of contrasting singers from the lupine King Obstinate, to the outlandish Crazy and the utterly delightful R&B section of the tract with that marvelous young singer who will totally rock you off the road if you are still driving. At the end of one line he caresses and bends a syllable, gently suspending it in the air as he literally pulls you up off the car seat, if you are still driving.

To understand the round and round effect of Wicked Riddim, we have to venture a little into the organization of music. Music comprises 12 notes which repeat themselves on a piano in the form of 7 white notes and 5 black ones. The musical alphabet comprises only 7 named notes, from A to G inclusive. The other 5 notes are called sharps and flats, which are written as the hash sign (#) for sharps and a sign resembling the common letter, b, for flats. These 12 notes can be arranged in the form of a circle or cycle of fifths or in clock formation as seen in the figure. In fact, you can buy a watch with musical notes instead of numbers.

Chords are vertical arrangement of musical notes sounded at the same time, in contrast to melody in which notes are sung or played one after the other. The two are interrelated but the progression of chords determines the character of the song. The same melody can be harmonized by different progressions of chords to give different characters, in a way like a person wearing different clothes for different effects.

As far as the road map of the progression of chords goes, the root notes of the chords are represented in the circle. This is the outline of the notes on the single tenor pan, the perfect representative instrument of Western Music. The idea is to start at any point, go wherever you want on a journey and then find your way back home. In a way, it’s like what we do every day. Using the figure, musical journeys tend to move clockwise naturally. So if you start at strong F, the shortest route is to go to C and C will take you naturally back to F. You might have gone from F to Bb (called B flat) and then go to C to get back home to F.

In Wicked Riddim, the chords use G, C, F and D as fundamentals. The wicked thing about Wicked Riddim is that it starts on a weak G, then it goes to C followed by strong F. Whilst you are thinking that you are home at F, Wicked Riddim throws in the D. This makes you want to go to G and when you do that you get back to F via C. At F however, D is thrown in again to get to G and the journey starts all over again and again. It's as if most of the streets are blocked off in St. John’s and you are forced to drive in circles. Imagine you want to drive to the ARG from the corner of Cross St. and St. Mary’s St. Obviously, you drive up St. Mary’s street and turn left onto Independence Drive. But when you get to the top of High Street, with the ARG a few yards away, a police officer directs you to turn left down High St. Since other exit roads are closed, you have to drive round and round with people singing while you wait for the police officer to leave.

Lacu, the maestro panist, told me that the same chord progression is used in Old Lady Walks a Mile and a Half. No wonder she walked so far or so much. I am reliably informed by Mamba that when Dorbrene O’Marde heard Wicked Riddim, he heard the Old Lady…. melody in it. Go Dorbrene. Go Dorbrene. Gavin admits that after years of playing Old Lady…. with Lacu, he felt compelled to see where she was going.

I am delighted that Gavin is looking at the crossing over of Kaiso into World Music and that he is aware of the pros and cons. Is he aware that there is an regular activity, other than Carnival, taking place in virtually all countries, that can be augmented by Kaiso, especially using tracts like Wicked Riddim? That activity is aerobics. It can be an entry point for Wicked Riddim and similar tracks into World Music even going as far as overlaying popular Indian and Japanese music. I have tried pumping iron (truly lifting weights) but I gave it up because the men seemed so serious and in so much agony. I crossed over to aerobics because the ladies seemed to be having so much more fun. Actually, aerobics is much harder and more demanding and it's the music that keeps the ladies going round and round, like Wicked Riddim.

Gavin noted on Observer AM that his mother initially resisted his foray into music until wise heads like Stachel Edwards (God bless his soul) et al suggested that he pursued his dream. With such a wonderful take-off from Old Lady Walk a Mile and a Half, I can only hope that Gavin and his music go much farther than the old lady, with much success. Maybe the mythical old lady will tell his mother just how well he is doing and how much joy he is giving us. To this end, please do not accept any complimentary CDs from Gavin. Compliment him by buying the original CD and bury the pirates. Go Gavin! Go Gavin!
Posted by Dr. Lester CN Simon at 3:05 PM

I almost never write comments, but i did
some searching and wound up here "How You Could Play So?".
And I actually do have 2 questions for you if
it's allright. Is it just me or does it give the impression like some of the remarks look like they are written by brain dead folks? :-P And, if you are posting at other online social sites, I'd like to follow everything new you have to post.
Could you make a list of all of your shared sites like your twitter
feed, Facebook page or linkedin profile?

I am genuinely grateful to the owner of this web site who has
shared this wonderful post at at this time.

Everything is very open with a really clear
clarification of the issues. It was truly informative.
Your website is very useful. Thanks for sharing!

I enjoy what you guys are up too. This kind of clever work and exposure!
Keep up the terrific works guyhs I've you guys to our blogroll.

meganekko - The attraction to women who put on eyeglasses.
Finance Domination is Electrical power Trade exactly where
the slave provides up his energy and gives it to his Lady by
showering Her with the two funds and presents.
Some of these strippers also offer waiting and bartending services.

No matter if some one searches for his essential thing,
so he/she desires to be available that in detail, therefore that
thing is maintained over here.

If you dewire to get much from this piece of writing then you have to apply such methods to your won webpage.


Feel freee to surf to my site :: at home drug tests for heroin

Thanks for another magnificent post. Where else may just
anybody get that kind of info in such a perfect manner of writing?
I've a presentation next week, and I'm on the look for such information.

Hello! I know this is somewhat off topic but I was wondering if you knew where I could get
a captcha plugin for my comment form? I'm using the same blog platform as yours and I'm having problems
finding one? Thanks a lot!

Here is my web-site ... manager forex

Hello! I could have sworn I've visited this web site before but after browsing through a few of the posts
I realized it's new to me. Regardless, I'm certainly happy
I discovered it and I'll be book-marking it and
checking back frequently!

The prices and offers are getting better by the day. You
can easily download and install this Satellite Direct TV software.
And unlike similar software, it also has some unique advantages:
.

Thank you for the good writeup. It in fact was a amusement account it.
Look advanced to more added agreeable from you!
However, how could we communicate?

Take a look at my site; apartments in nashville

Paragraph writing is also a excitement, if you
be acquainted with afterward you can write or else it is difficult to
write.

Feel free to surf to my website: hyde park apartments for rent

I don't know if it's just me or if perhaps everybody else experiencing issues with your
blog. It seems like some of the written text within your posts are running off the screen.
Can someone else please comment and let me know if this is happening to them too?
This may be a issue with my browser because I've
had this happen previously. Cheers

The business environment has changed and not too many fools rush out to throw away their money into novel internet ideas, but what is evident is that businesses need to have
an internet presence. When you make the effort to include the transcripts, the search engine crawlers will be able to read and rank your page.
Similarly, you can write guest posts on established blogs and contribute to other
blogs through.